Man has already launched many satellites, walked in space and on the moon and sent space probes to the remotest parts of the solar system. But, apart from all these technological and scientific advances, we still have little knowledge about the moon... the sun... the stars... and about our own planet! Here is a chance to get to know them better. Just sit back and relax - as the heavens open up and reveal themselves to you

The Planetarium is located in Belém, right beside the Jerónimos Monastery and near the Cultural Centre of Belém and the tasty, original Pastéis de Belém (cream tarts) Factory.

The Planetarium recreates the sky at night and reveals the mysteries of the cosmos. The several sessions, presented in Portuguese, English and French, will tell you more about 'The solar system', 'The moon', 'The evolution of the stars, 'The movement of the earth', ' Earth - Planet Alive', 'The universe', 'The sun', 'The constellations' and many others. 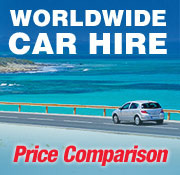